Vallarta, Home of the Humpback Whales The whale season just began! Starting in November, Vallarta becomes the home of the humpback whales.

Year after year, Puerto Vallarta receives lovely visitors. Humpback whales travel from North America, where they usually feed, and come to this bay to perpetuate their species. 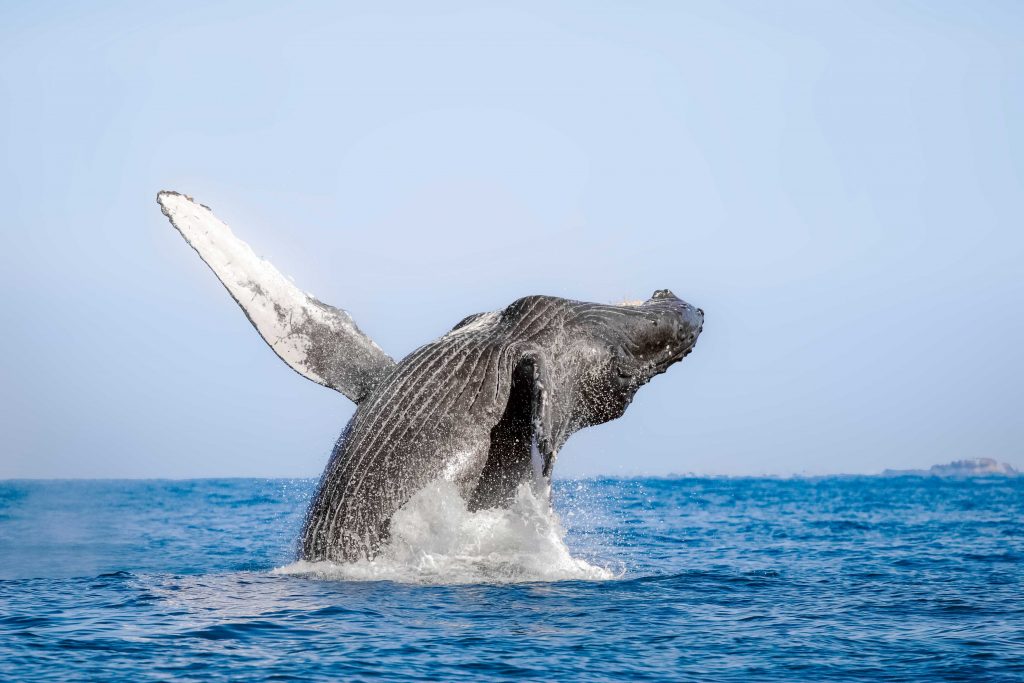 In Mexico, between the months of November and March, you can find up to 4,500 whales every season; they reproduce in places like Los Cabos, the Gulf of California, Isabel Island, Banderas Bay, Revillagigedo Islands, Colima and Marías Islands.

Banderas Bay is one of their favorite places to carry out their reproductive cycle. Once here, the males compete for the females by pursuing them in mating groups. A show worth seeing!

Can you imagine 10 adult whales colliding with each other while swimming at high speed to determine which is the strongest? Well, in Banderas Bay you don’t have to imagine it. There are several tours that allow you to get up close to these colossal aquatic mammals during this period. 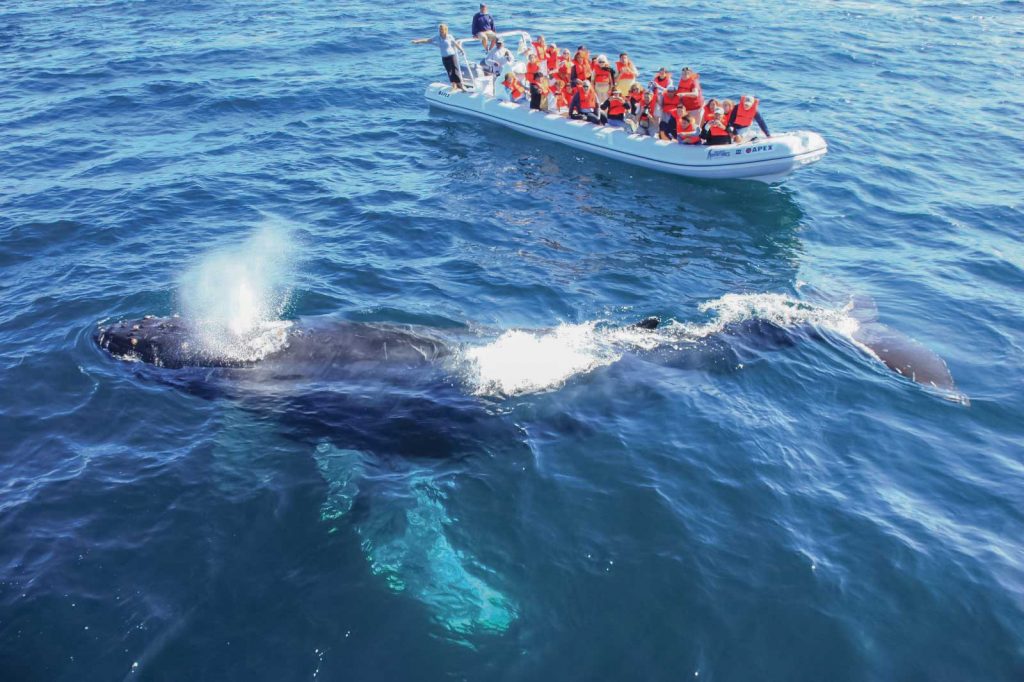 When choosing a tour, make sure that it complies with all the requirements of the Official Mexican Standard (NOM) for the observation of whales in national waters and that the vessel is duly authorized by the Ministry of Environment and Natural Resources (SEMARNAT).

For your own safety, also make sure that the boat has enough life vests for all passengers and we recommend that you look for a tour that is guided by an expert species biologist, to get a detailed explanation of the characteristics and habits of the whales.

Sexual maturity for male whales is between 7 and 10 years of age and for females, it’s between 5 and 7. A mature female whale usually has a new calf every 2 to 3 years. 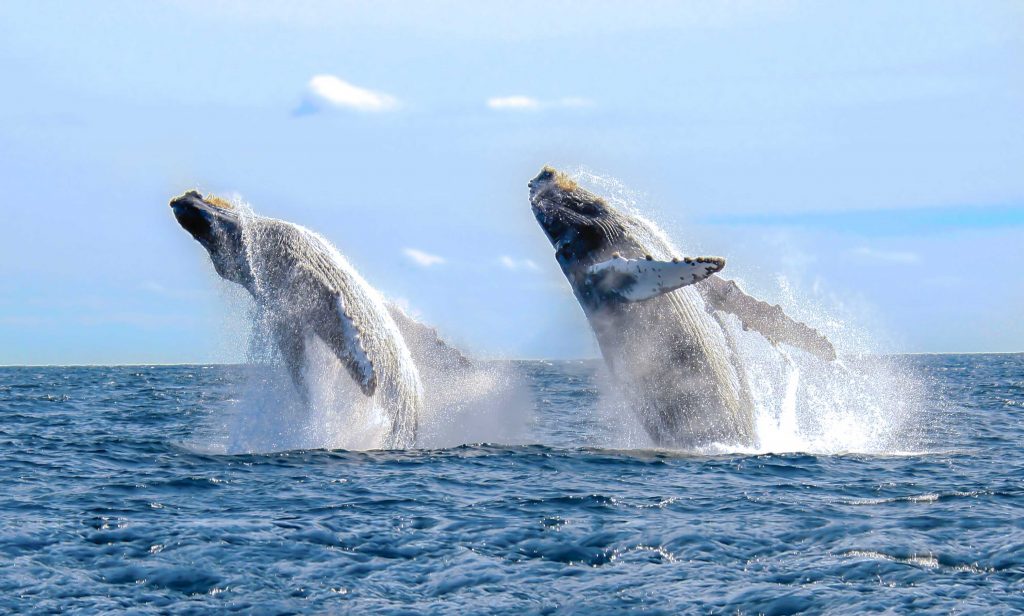 Females usually have several partners during the reproductive period, increasing their chances of conceiving. The female will only have one calf that will breastfeed for a whole year.

To court them, the males try to impress the females by jumping, flapping and singing long and soft tunes. Some boats have a hydrophone that allows you to listen into the whales’ songs.

The females are very receptive to the males’ courtship during the mating season. They love their singing and also enjoy soft touches they receive during this period of time. However, after mating, each will go their separate ways. The females will mate again with different males.

The whales’ rate of reproduction is less frequent than with any other forms of aquatic life. However, young whales tend to have good chance of surviving to maturity, since their only predators are orcas, sharks and humans.

The size of a calf will depend on the species and the size of its mother. As a general guideline, the calf will weigh approximately 6% of the mother’s body weight. This is why some offspring, as is the case of the blue whale, are larger at birth than other fully mature whales.

Although whales do not reproduce early in life, they often live a long and healthy life. Research shows that whales can live between 20 to 60 years, which is significantly longer than most of other forms of aquatic life. They are classified as mammals, based on how they breed: they are viviparous, and the females breastfeed their calves.

The females are responsible for teaching their offspring to breathe, swim, jump, etc. These marine creatures weigh around 30 tons; therefore, seeing them jump is a unique spectacle, since they dive deep and then propel themselves to the surface.

Do not miss the opportunity to witness this impressive natural performance. With some luck you might even see a calf playing, jumping and doing tricks near its mother.